The Fight Against Distracted Driving Continues Despite Setbacks

The Fight Against Distracted Driving Continues Despite Setbacks 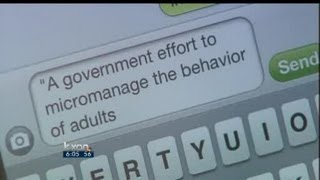 It is going to take more than bipartisan support to fight the fast growing problem of distracted driving in the state of Texas.

One strong advocate of the bill is Jeanne Brown, the mother of a deceased 17-year-old daughter who died her senior year of high school in a crash that happened while she was driving and texting on the way to school. Since her daughter’s death, Brown and her family have made it their mission to travel to high schools and share their daughter’s story, hoping to educate the students in a way that prevents them from contributing to the perilous world of distracted driving. Brown understands that this might be an empty effort in some cases, saying “I know some kids will walk away thinking, “it’s never going to happen to me.” Our daughter said that.” Nonetheless, they remain committed to the fight against such driving and will take exotic measures to get their point across.

During the last legislative session, a bill was presented that would ban distracted driving statewide. As the legislators walked into the State Capitol, they were forced to walk by the wrecked turck of Alex Brown, which was placed there by her mother, as a final reminder to why they need to vote in favor of the bill.

Brown’s iconic imagery must have left a mark in the legislators’ minds, as both chambers voted in favor of the bill. However, this was not enough, as Governor Rick Perry ended up vetoing the bill explaining that such a bill would be “a government effort to micromanage the behavior of adults.”

Even so, the veto is not the end of the road for such legislation. Rep. Tom Craddick, R-Midland, has filed another piece of legislation on the first day of pre-file legislation that would also ban texting while driving, but differently, this bill would allow:

Craddick, who named the bill after Alex Brown, believes that that “the Texas Legislature has a responsibility to give our law enforcement officers the tools they need to make our roadways safer.” Already, Craddick’s office reports, 25 Texas cities have laws to ban texting while driving with 39 of the 50 states having statewide laws to do so.

In the meantime, Brown and her family will continue to educate the youth about the dangers of distracted driving and hope that at least a few are impacted. Their words have reached one high school student, who after a visit from Jeanne Brown, said that “I don’t want my siblings to ever have to go through that, and I don’t want my parent’s to ever have to plan my funeral.”

Driving is dangerous enough, with unexpected, but avoidable obstacles constantly presenting themselves. These obstacles become unavoidable when the driver is not paying attention and as a result, is not able to safely maneuver resulting in a crash. Whether the laws exist or not, take it upon yourself to make the road a safer place by placing your phone in a place that makes the distractions it offers inaccessible.

If, unfortunately, you have fallen victim to such negligence, get in touch with an accomplished Dallas attorney who specializes in accident and injury cases and who knows how to successfully litigate in the relative law and can make sure that you are not forced to face financial sufferings on top of the physical and emotional ones.