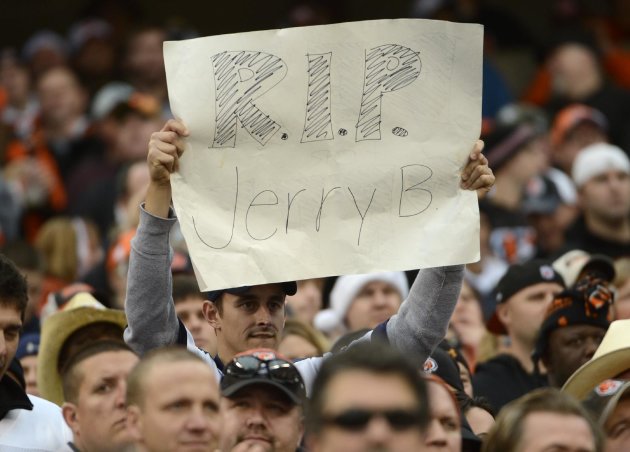 One Dallas Cowboy is left dead and another is behind bars after a car accident caused by drunk driving in Irving, TX.

According to reports, Lineman Josh Brent was driving himself and teammate Jerry Brown along Highway 114 after a night out early Saturday morning.

While there were no witnesses present at the time of the accident, according to reports Brent ran his Mercedes into a divider along the freeway causing the vehicle to flip over and catch on fire.

When police arrived they say that Brent was attempting to pull Brown out of the fiery vehicle which was soon after extinguished by the local fire department.

Paramedics rushed the unresponsive Brown to a nearby hospital where he was pronounced dead on arrival.

Meanwhile Brent, who managed to escape the accident with only minor bumps and bruises, failed a field sobriety test and remained incarcerated during the Cowboys narrow victory over the Cincinnati Bengals over the weekend.

He is now faces a felony count of intoxicated manslaughter and is free on $500,000 bail.

The Irving Police Department is asking that if anyone has any information or may have seen the accident to contact them at 972-721-2762.